Join Us For The Launch Of Our

Book your tickets now to make sure you don't miss out on this exclusive one-off event!

Did you know that Fremantle is the home of craft brewing in Australia?

Did you know that this charming port city also does some of the best burgers & BBQ anywhere in town?

To celebrate, we're throwing a "Craft Beer, Burger & BBQ Tour Launch Extravanganza", and we want you to come along and share the fun, food and frothies with us!

This exclusive, one-time event will see the venues featured on the tour paired up with some of the best craft breweries in the state.

They're going to be releasing a series of one-off, special event slider & craft beer matches available only on our launch extravaganza tour.

There's also going to be a load of awesome door prizes and other cool competitions running on the day, so you'll have the chance to come away with some cool bonuses as well!

Who will produce the best craft beer and burger match? What styles of beer will be on offer? Will you win a sick door prize?

The only way to find out is to book a ticket and come along!

Tickets are just $75 and include all of the amazing & exclusive burger & craft beer treats you'll enjoy along the way!

This event won't be repeated, so if you love amazing beer, good food and great times, make sure you don't miss out! 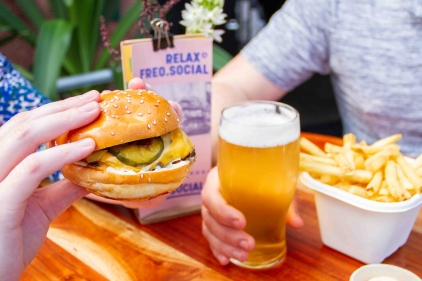 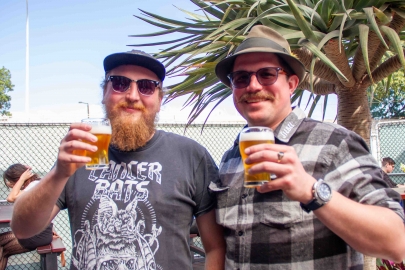 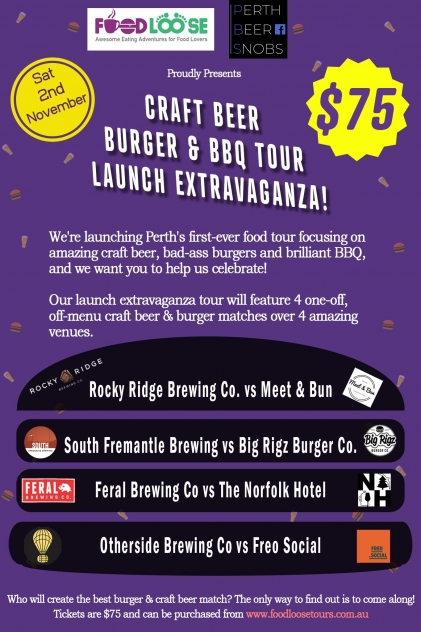